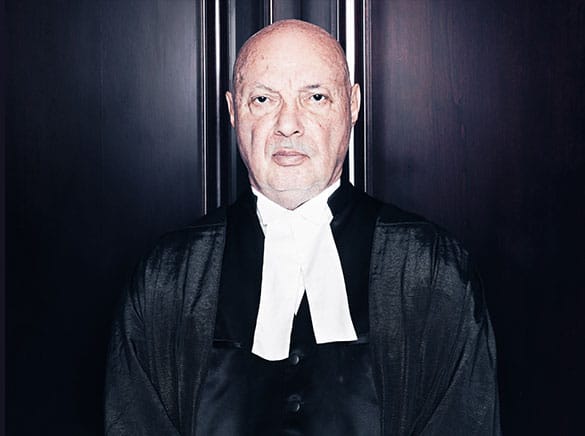 Howard C. Cohen’s expansive career in criminal law and civil litigation focuses on a generalist approach to law based upon the notion that the legal problems that businesses and individuals face cannot neatly fit in to one area. Mr. Cohen has been recognized as a Certified Specialist in Criminal Law for nearly two decades. He has defended people charged with the full spectrum of criminal charges including homicides, armed robberies and serious narcotics offences and major frauds. In addition, as an experienced martial artist and gun owner of both restricted and non-restricted firearms, Mr. Cohen’s practical experience in combat is a valued ally in defending crimes of violence and particularly in raising self defence issues. This makes him particularly well suited to defending police officers, security guards, doormen and members of the general public who are involved in judicial scrutiny as a result of employing force in the discharge of duties or in self defence.

Howard C. Cohen is a member of the International Defensive Pistol Association, which is an organization that created a shooting sport based on defensive pistol techniques, using equipment including full charge service ammunition to solve simulated real-world self-defense scenarios. Shooters competing in defensive pistol events are required to use practical handguns and holsters that are deemed suitable for self-defense use.

Howard C. Cohen is a member of a Target Sports Shooting Club, where competitions are held on a weekly basis. His knowledge in regards to holster handguns makes him especially suited to defending police officers and others licensed to carry handguns that have legal problems as a result of the use of their weapons.

Howard C. Cohen is the holder of a Possession Acquisition License for both non-restricted and restricted handguns. He possesses numerous handguns including semi-automatic 9mm and Glock 45mm weapons, 357 Magnum, and a 22 caliber competition pistol. As a result, he is ideally suited to defend people charged with gun offences. His knowledge of storage of weapons and ammunition, how guns are used, and a whole myriad of factors associated with discharging a firearm is of invaluable assistance in defending those facing serious gun charges.

He also has intimate knowledge of shotguns and long guns. In many cases, he can instantly determine whether or not a police officer is properly trained in the use of their handgun. In one recent case that Mr. Cohen was involved in, it was determined that the police officer had not fired his weapon at practice in over a year. As a result of that, he was able to pursue the cross-examination with respect to the reliability of the weapon and potential for accident.

He is also an owner of a compound bow and arrow, and has considerable archery experience including the use of crossbows. Additionally, self-defense is something that he has hands-on experience with, as a result of a martial arts background that extends back to 1968. He has competed in numerous full contact karate competitions and has an overall understanding of self-defense techniques in hand-to-hand combat.

Howard C. Cohen has been involved in drug defence work at the highest levels since the late 1970s. He has done numerous trials involving wiretap evidence and is experienced in the police use of not only informers, but also agents. He has worked closely with lawyers that do drug defence work, a mainstay for many years, and has developed strong relationships with Federal Crown attorneys in Ontario. His experience in this area has also given him hands-on knowledge with forfeitures, seizures and civil recovery agency activities.

Book Your Consultation With Us Today